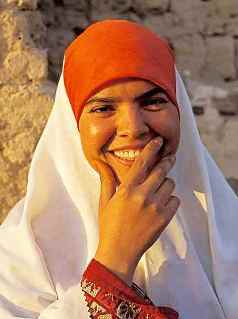 Well, this is one of those parts of the Bible that you’re never sure you want to preach. It is laced with sexual innuendo and maybe explicit sexual behavior.

Just look at this third chapter! Naomi tells Ruth to get gussied up, go to the threshing floor, and after Boaz is good and drunk and passed out…

…uncover his feet and lay there. [clear throat]

The Hebrew word for foot is often a euphemism for another part of the body: genitalia.

Linafelt and Beall note that,

the scenario is laced with other sexually loaded terms as well. The verb [meaning] “to lie down,” occurs eight times in the chapter, and while it often means in Hebrew simply to sleep it also often has the explicit meaning of to engage in sexual intercourse.

The verb [translated as] “to know,” occurs six times in the chapter and is also a frequent term in Hebrew for sexual intercourse…

Naomi tells Ruth to trick Boaz in order that he might marry her and provide for them both.

And Ruth complies. Willingly. Without hesitation or even questioning. It’s a devious plan whether sexual relations happen or not.

Have I been wrong about Ruth’s virtue?

Our story began two weeks ago when a famine hit Bethlehem. Naomi and her husband Elimelech took their two sons and moved to Moab. This was a bold move because as Israelites, they were supposed to despise Moabites.

(Moabites were descendants of the sexual union between Lot and his eldest daughter. Lot, of course, is the very same man who in the Sodom & Gomorrah story offered his daughters up to be raped by men pounding on his door.)

Because of this lineage, Moabites were believed by Israelites to be less than pure in the sexual morality. Particularly the women.

The family made a home for themselves in Moab for ten years. During that time, the sons married Moabite women: Orpah & Ruth.

Then Naomi’s husband died. [PAUSE] Then her two sons died.

Naomi had lost her whole family.

Women without men were in a precarious position.  They were immediately thrown into survival mode because without the protection of a man, they might not survive.

Understanding their situation, Naomi encouraged her daughters in law to return to their families. Orpah complied. Ruth did not saying,

“Don’t urge me to abandon you, to turn back from following after you. Wherever you go, I will go; and wherever you stay, I will stay. Your people will be my people, and your God will be my God.” (Ruth 1:16 CEB)

Two weeks ago I suggested that Ruth saw God for the abundantly loving one that God is. I said that was a primary reason she refused to abandon Naomi.

Destitute, the two women returned to Naomi’s homeland. Ruth knew she would be a despised woman in Bethlehem and went anyway.

I said it was because of her love for Naomi and God. Could I have been wrong?

In the second chapter — last week — Ruth went gleaning to gather food. By chance she met the landowner Boaz.

Boaz took a special interest in Ruth. Perhaps he was just being protective because of what she did for Naomi.

Or maybe he had a romantic interest. Regardless, he told his men not to assault or humiliate her.

When Ruth told Naomi about her day, Naomi revealed that Boaz was a relative.

Which brings us back to chapter three. Naomi and Ruth plot like an old black & white movie to catch a husband for Ruth.

Specifically Boaz. Boaz is perfect because he is well off. There’s a good chance of success because he’s shown some interest in Ruth already.

But there is a line of succession. The dead husband’s brother would be first but, of course both brothers are dead. Boaz, is a redeemer but not next in line.

Where this story gets uncomfortable — and is  unlike any Cary Grant or Irene Dunne, or Doris Day flick I’ve seen — is when Naomi tells Ruth to go to Boaz once he’s drunk, uncover his lower extremities — his feet [cough] — and lay down.

Sure, sometimes feet are just feet, but often, as we’ve established before, they’re genitalia. With all the other sexual language it is hard not to think that was Naomi’s intention for Ruth.

In this case, Naomi [and Ruth] may have a bolder and less respectable act in mind. Similarly, the verb lie down, which appears eight times in this chapter, may be a euphemism for sexual intercourse.

Either way, for a woman to “bathe, put on some perfume, wear nice clothes, and then go down to the threshing floor” (Ruth 3:3a CEB) and lay at his drunken feet is at best manipulative.

Especially if Boaz is partially clothed when he awakes! Maybe Ruth and Naomi are not the paragons of virtue we’ve — I’ve — made them out to be so far!

Oh, it’s so great to be pure! So wonderful to be the arbiter of right and wrong across the millennia!

Such a joy and privilege I have to be an educated, white, straight, cisgender, middle class American in the twenty-first century!

Sigh. But despite traditional Christian insistence that morality is absolute, it is not.

We are viewing this from a perspective of privilege. It’s easy to be straightforward, to avoid manipulation when your survival is not at stake. But Ruth and Naomi had few choices.

When the dominant culture doesn’t accept you and when systems of oppression make it impossible for you and yours to survive — let only thrive — you develop other ways of coping.

In the working class neighborhood where I grew up, common wisdom was that I could meet my future wife at college or at church — respectable places — but my best friend, a gay man, had to resort to the clubs.

And Christians had the gall to judge him!

You see when the churches were supposedly hating the sin and loving the sinner, the only way to survive was to shun the very churches that shunned you.

Like Ruth and Naomi my gay friend was only doing what he had to do in order to survive.

And, though, we are Open & Affirming, we have a very long way to go to regain the trust we threw away.

When the US dominates the economy of the Americas, using Mexico and other Latin American nations in order to enrich ourselves without concern for local peoples…

For example, Chiquita and other US corporations bought up so much Guatemalan land in the mid-twentieth century that there was not enough land for the people to grow the food they needed to be self-sustaining.

When Guatemala’s duly elected president tried to implement land reform to enable the people to sustain themselves Chiquita turned to Washington.

And so, “In 1954, the United States CIA led a coup in Guatemala, which overthrew the Árbenz government.

The CIA then installed Colonel Carlos Castillo Armas as the country’s new president.”

When we disrupt economies and stable governments for our own interests, why are we surprised that families will journey miles on foot to enter this country — legally or illegally?

It is a matter of survival just as Ruth gussied herself up and uncovered the feet of Boaz.

“Sometimes we have to do in reality what we would not do otherwise to survive.”

Her comment reminds me of those with whom I interact who are homeless. Sometimes I get embellished stories as people ask for help. They tell me what they think I want to hear.

Sometimes people game the system just as Ruth and Naomi gamed the system to survive.

I think God weeps that after millennia, we still fail to use the abundance of this world in such a way that we all have what we need.

Rather I think God weeps that our collective sin made it necessary for Ruth and Naomi to manipulate Boaz so that they might survive.

And that too often in Christ’s church we worry too much about the particularities of morality while failing to assure that everyone of us thrives as the Creator intended.

Tim strives to share God’s extravagant love for all–no matter what & without strings. Seeking to follow the lure of the Spirit, Tim writes about what it means to be a follower of Jesus in an era where Christianity has come to be associated with hatred and political wedge issues. “Heinous things have been said & done (& still are) in the name of the One who breathed in the Divine,” notes Tim, “but Jesus shows us that God loves extravagantly.” Following the teachings and life of Jesus is about inclusion not exclusion. It is about compassion, grace, and admitting no one has all the answers. It is about responding lovingly to the best of our human ability. It is about people not institutions. It is about social justice. It is about caring for creation. It is about being who we were each created to be. Tim is a former early childhood educator, a runner, a hiker, a devoted husband, father of two adult children and their spouses, and a grandfather of four perfect grandchildren. Tim serves as Lead Pastor of the First Christian Church (Disciples of Christ) in Albany, Oregon. He writes from home, from the coffee shop, and wherever the trail leads him.